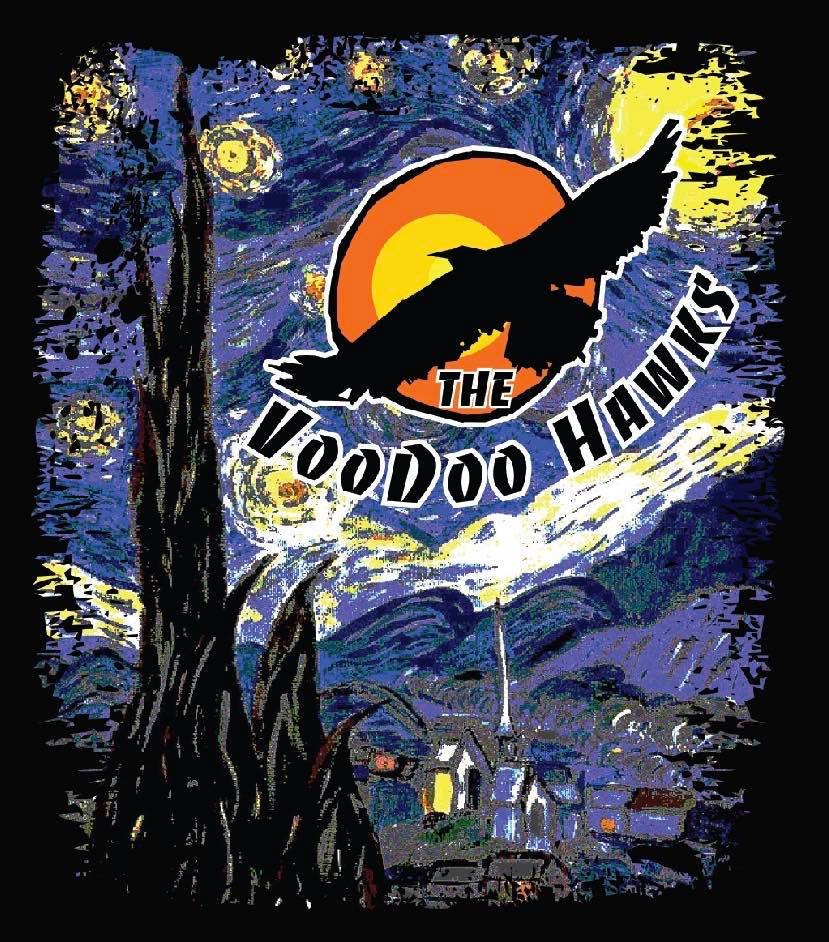 The VooDoo Hawks are a Colorado Rock & Roll Institution. Blending their instruments and vocals with Americana, Blues, Cajun, & Roots Rock, they’ve become a spellbinding force that can’t be denied. When asked to describe their brand of music they simply call it
“Roadhouse Rock & Roll”

Formed in 1998, they averaged over three hundred shows per year and became a mainstay at major motorcycle rallies and A-list music festivals. Their new found popularity placed them on stages playing along with such legends as Blackberry Smoke, Tab Benoit, 38 Special, Leon Russell, Jeff Healey, Dick Dale, Johnny Winter, Marshall Tucker, The Outlaws and many more. They’ve built their fan base the old fashion way, on the road & one fan at a time.

At a young age, Rikki Dee Hall was immersed the influences of Gospel, Country, Blues, and Rockabilly in his hometown of Walhalla, SC. As an adult, he has shared the stage with many of the top bands of the time including The Allman Brothers, Grand Funk Railroad, Savoy Brown, Humble Pie, and Z Z Top to name but a few. After moving to Colorado by way of the US Army, Rikki Dee met guitarist Steve Petrohoy in 1994.

Every bassist’s role is to hold the bottom down, and no one does it better than Todd Michael. Born in Fort Worth, TX he absorbed a wide range of musical influences ranging from Queensryche to Tori Amos to Alice In Chains. Todd brings a hard-edged vibe to the band’s blues rock sound.

Rounding out the band’s lineup is Rosendo Rodriguez who proudly claims his influences as Don Brewer, John Bonham & Michael Shrieve. Born and raised in Los Angles, Rosendo developed his own unique style that adds much to the heart and soul of The VooDoo Hawks. His abilities as a rock solid drummer make a perfect match for Todd’s bass prowess, forming a powerhouse rhythm section.

Over the past 24 years, The VooDoo Hawks live performances have become legendary and their performances at the Stargazers are always a welcomed treat. Check out their latest album, “Blood Red Moon” on Elecoustic Records.