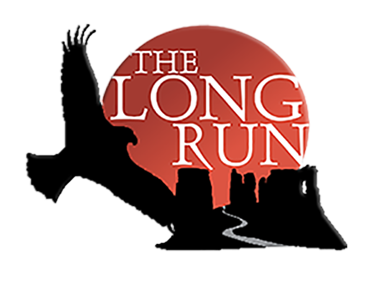 The Long Run, “Colorado’s Tribute to The Eagles,” hails from the Front Range of the Rocky Mountains in Northern Colorado. Born in 2009, the band immediately hit the road doing fairs and festivals all over the Four Corners region of the southwestern U.S., as well as many others. The band now has five of the busiest musicians on the Front Range, including two longtime members of the Colorado-based classic rock band, ‘Firefall.’

The Long Run continues more than a decade later, faithfully re-creating the 70s sound of America’s best selling rock band in history. They hope to perform in many parts of the country they’ve never been to before, including your area, as the years go on.

Mark Trippensee has been establishing his drumming/singing/songwriting skills on the Front Range for more than 25 years. He recorded two CDs with the Denver original rock act ‘Hearsay’ in the 1990s, as well as compilation CDs from Colorado radio 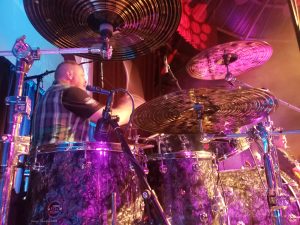 stations and studios. Winner of the Mile High Tribute Band competition in 2013 as a founding drummer/member of Rush Archives, he has shared the stage with national acts such as Living Colour, Staind, Three Days Grace, Black Stone Cherry, Winger, Blackberry Smoke, .38 Special, Tesla and many others. Mark launched The Long Run in 2009 out of his love for The Eagles’ music, their influence on him and with a large dose of stubbornness and drive. He is also a founding member of one of northern Colorado’s favorite live rock bands, Last Men On Earth. Mark recently released his debut solo CD, Bend Without Breaking, which can be ordered here, featuring current, and ex-members of Firefall, Heart, Spirit, and The Long Run as well as other prominent Colorado musicians. Mark is a single father of two boys in high school, was raised in Colorado, and is proud to be a native of his home state, New Mexico — the Land of Enchantment, Breaking Bad and green chile. 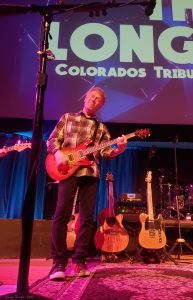 Steven Weinmeister is a veteran of the Colorado music scene. For 22 years he toured the world as the lead singer of platinum-selling Colorado Music Hall of Fame hitmakers Firefall, singing hits such as “You Are the Woman,” “Just Remember I Love You,” and “Strange Way.” His career has taken him quite literally around the world, performing in more than 20 foreign countries. Steven has shared the stage with many other platinum-selling artists — including Poco, Kansas, Orleans, Christopher Cross, The Marshall Tucker Band, Pure Prairie League, Edgar Winter, Foriegner and The Doobie Brothers, among others — and has performed three times at Red Rocks Amphitheater west of Denver, one of the most legendary and iconic music venues in the world. He also recently joined Rock ‘n’ Roll Hall of Famer Richie Furay (Buffalo Springfield, Poco) and his band for a string of east coast dates to perform the legendary Poco live album Deliverin’. He is the band’s only Colorado native. 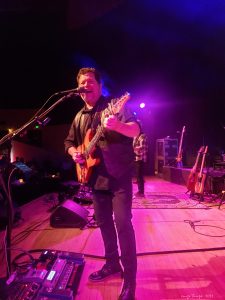 Adam Rey is an accomplished and stylistically diverse guitarist. He has been performing and touring for more than 40 years in original, top-40, rock, and variety bands in the western US. After moving to Denver in 1991, he built a reputation for solid, creative, and reliable guitar playing and found himself in demand playing lead guitar and singing lead and backup on stage, in the studio, and touring with bands here in the Rocky Mountain Region. In 2011 he released his first solo CD of original compositions Meat & Potatoes, an eclectic combination of guitar-driven instrumental Rock/Jazz/Fusion/Blues/World with a little country in the mix. He is now working on the follow-up to that album. He is married to Julie (who has put up with his musical endeavors for 19 years), and has a 16-year-old son, Zakary, who he tries to coerce into being his roadie whenever possible. Adam says, “They will take the guitar away when they pry it from my cold, dead fingers. Any day with the guitar around my neck is a good day.” 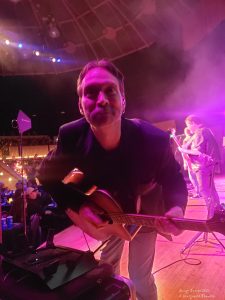 This is a true story. Reece’s story begins in the jungles of India, where he was found and raised by wolves. When it became apparent that the jungle was too dangerous for him, he was taken to a nearby man-village. Very early on, he showed great musical aptitude and was sent to learn and apprentice with Ravi Shankar. During this time the Beatles also were in India and Reece was introduced to the Fab Four. When a disillusioned John Lennon left India, he took the young prodigy with him to carry his luggage. After two weeks in London, Reece took a job as a merchandising vendor for rockers Led Zeppelin as they headed for the US. When their bus broke down in South Dakota, he was purposely left behind. There, he was taken in by a loving family of modest means, who encouraged his musical aspirations. A year after high school, he set out on the road for two years with a band called Shyboy. With them, he began to develop and hone the skills that brought him to The Long Run. His favorite movie is Jaws. 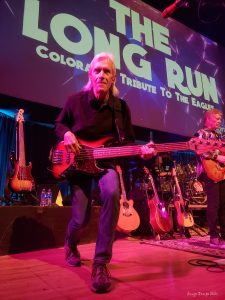 West Virginia-born Bil Hopkins co-founded the rock/country-rock band New River, a New England bluegrass act opening for artists such as the Pousette-Dart Band, New Riders of the Purple Sage, and Pure Prairie League. Bil headed to Colorado in the mid-70s and a short time later joined Firefall, where for 27 years he toured as bassist and vocalist, and added songwriting to his resume.

The Messenger CD (released in 1995) includes his song “Say It’s Over.” Bil has played twice at Red Rocks, toured all 50 states, and was blessed to tour Europe and Japan. As the bassist for Firefall, Bil has shared the stage with The Beach Boys, Poco, America, Foreigner, Doobie Brothers, Starship, Little River Band, John Waite, Christopher Cross, Huey Lewis & the News, Kenny Loggins, among others.