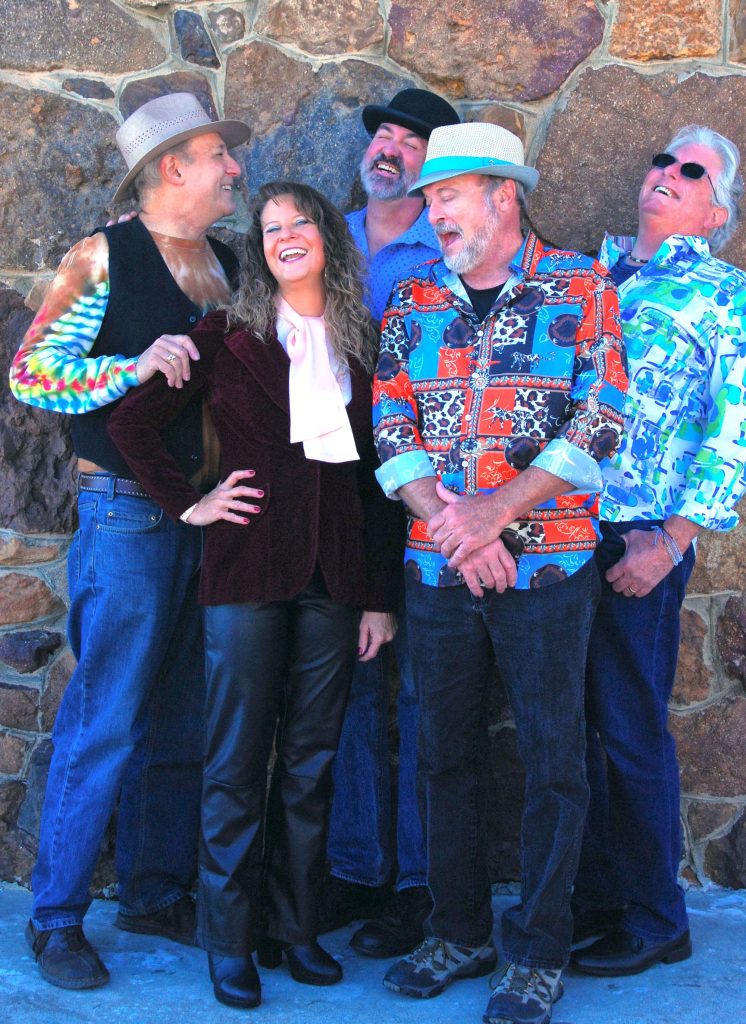 Join us on a musical journey through one of the most exciting decades of rock music! Experience the music of Santana, Chicago, Jefferson Airplane, Janis Joplin, The Doobie Brothers, Pink Floyd, Steely Dan, and many more as Starburn’s high energy delivery makes it impossible to remain seated! Any Starburn show is guaranteed to spark memories and leave audiences screaming for more!

Starburn was formed in April of 2010 by Colorado Springs musicians Dale Creel (guitar), Jack Baker (drums), and Russ Kleiner (bass). With the later addition of Pamela Heath (vocals) and Robert Clearwater (keyboards) Starburn delivers spot on musicianship and three part vocal harmonies typical of the era. With three lead singers in the band Starburn has the depth to cover the full spectrum of 60’s and 70’s rock! Starburn has opened for national touring acts such as Jefferson Starship, Fran Cosmo of Boston, Kofie Baker, Zoso and many others.

Due to capacity and social distancing requirements, tickets are sold in Sections of 4 Seats for $40 plus ticketing fee.
1 $40 Section Ticket = 4 Seats.
You must purchase a Section ticket regardless if your party size is less than four. Single Tickets not available.