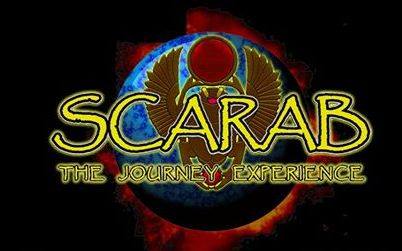 Sean Volpetti – Lead Vocals
Sean’s range and onstage performance can only be described as dynamically phenomenal.   Joining the band in April of 2010.  Sean’s ability to “Capture” Steve Perry’s antics matches his natural tone to pay homage to the “Voice”.  In addition to his onstage activities, Sean is also a published author with 2 fictional books to his credit. Jéan has toured Nationally and Internationally with various bands/artists playing clinics to festivals. He has been the direct support act for legends such as: Judas Priest, Scorpions, Vince Neil and Peter Frampton to name only a few.  A current member of the band Bottoms Up.  Jéan was the drummer for “Believer ” the Ultimate Ozzy Tribute for 5 years.  He holds many endorsements with companies such as Sabian Cymbals, Medicine Man Custom Drums, Kelly-SHU, Hot Sticks Drum Sticks, Attack Drumheads, CTM Monitors, Rock N Roll GangStar Apparel, & more. Boomer is known as a hard hitter with flair, versatility, and excitement in his playing and style.  To see more of Boomer go to:  www.jboomergrenier.com Since its inception Rob has filled in and been part of SCARAB… but the “King” as we call him is back. Rob is endorsed by Tsunami cables, S.I.T. strings and InTune guitar picks.  To see more of Rob go to:  www.robnbassplayer.com Founder of “SCARAB…”  Brett along with Scott decided in Nov 2009 to form “SCARAB… From 1993 – 2000 Brett was in the band “Witch Doctor Samuel” who released 5 albums and toured Nationally. Sponsored by Parker Guitars, US Music Corp, Blackstar Amps,  SIT strings, Fishman pickups, Tsunami cables and InTunegp Guitar Picks. Brett along with Rob started THE CRUE SHOW a Motley Crue Tribute.  in 2019, Brett was also in the Trans Siberian Orchestra tribute “Ornament” for 5 years.  To see more about Brett go to: