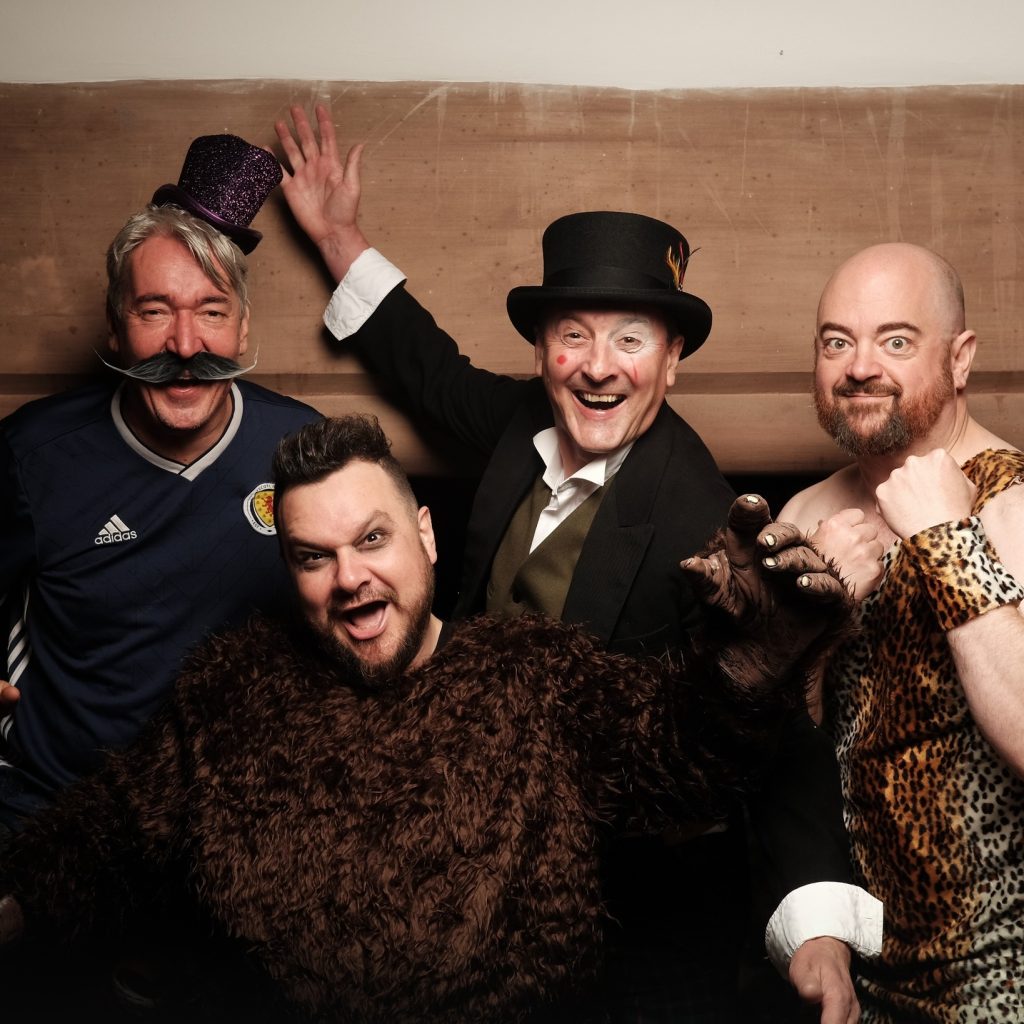 The musical evolution of Old Blind Dogs began in Aberdeen in 1992 with roots that grew from the eclectic music scene that flourished in the Granite City during the early 90’s. Four musicians from very different musical backgrounds came together to create a full-time professional touring band with the aim of showcasing the rich tradition of songs and tunes of the North East of Scotland on an international stage.

Like many of the early flag bearing Scottish folk bands, the Old Blind Dogs line up has faced inevitable changes over the years but the core values at the band’s musical heart continue to beat strong. The current band line up has been settled for several years now and consists of four of Scotland’s finest traditional musicians at the top of their game. Original member Jonny Hardie (fiddle/vocals) is joined by Aaron Jones (cittern/guitar/vocals), Ali Hutton (pipes/whistles) and Donald Hay (percussion/vocals) and collectively they comprise one of the hottest live tickets on the traditional Scottish music scene today.

As recent inductees to the BBC ALBA Scots Trad Music Awards ‘Trad Music Hall of Fame’ the ‘Dugs’ will celebrate thirty years on the road in 2022 by launching their fourteenth studio album ‘Knucklehead Circus’ in Winter 2021. A joyous, uplifting and fun album full of compelling energy and intoxicating rhythm on which ‘OBD’ continue to innovate within their tradition while faithfully revealing its essence. Here’s to many more years of Old Blind Dogs!