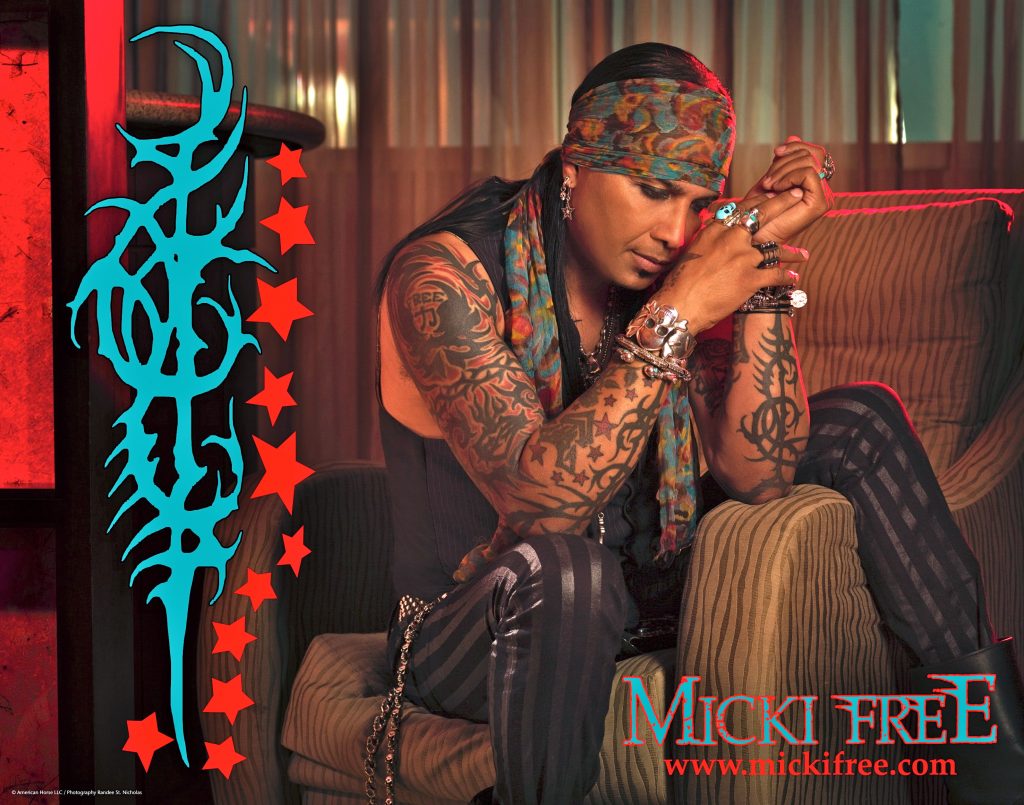 “THE MAN, MICKI FREE, IS A MULTI-TALENTED MAKER OF MAD MACHINATIONS IN A MOST MESMERIZING MANNER. MERCY! GIT IT ON, MICKI…” –THE REV. BILLY F. GIBBONS, ZZ TOP

Micki Free is a Grammy Award Winner & Five Time Native American Music Award Winner. Micki was discovered and managed by Gene Simmons of the legendary super group KISS. Micki was the guitarist in the R&B sensation Shalamar, boasting “mega platinum hits” with songs like “Dancing In The Sheets” from the movie soundtrack “Footloose”, or friend Eddie Murphy’s smash hit movie “Beverly Hills Cop” (where Micki won his Grammy Award for “Best Album Of An Original Score Written For A Motion Picture”) on the Dave Chappell Show, in Charlie Murphy’s “True Hollywood Stories”…features “MICKI FREE IS NOT A GIRL” skit with Prince playing basketball against Charlie and Eddie Murphy!

Micki’s music is “blues based” guitar driven tasty original written grooves and songs”, that take you the listener, on a journey of taste and emotion, telling a story of the happenings thus far in the life of a mixed blood Comanche-Cherokee Native American; “The Inimitable Micki Free”-John Dryland