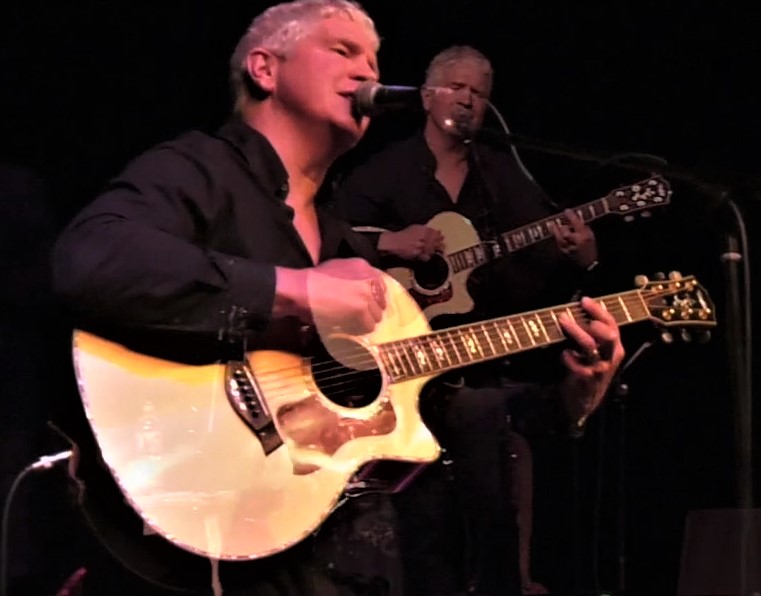 Craig Walter has performed throughout the United States (from New Jersey to California) and is a familiar presence in Colorado Springs venues.  He is a singer, songwriter and performer who has several records and CDs to his credit.   ‘First Stop’, ‘Still Learnin’ How To Fly’, ‘Driftwood Fires’ and the 2021 release ‘Last Chance Café’ are collections of Craig’s original songs.  Craig has performed at the Fine Arts Center, the Pikes Peak Center and at Stargazers tributes over the past several years.

K.J. Braithwaite is an accomplished musician who has performed throughout Colorado since the mid Seventies.  He has played with numerous bands and artists in the Colorado Springs music scene and is a longtime member of the BUS trio.  He was also a highly sought-after performer for the lively apres-ski scene in the Aspen and Vail ski areas for 10 years.  His original songs have been recorded by other performers and he has also been a key part of the Stargazer’s tribute performances.  K.J. is frequently asked to perform in studio recording sessions (including on Craig Walter’s most recent CD).

K.J. and Craig are honored to be accompanied by a top flight group of musicians:

Due to capacity and social distancing requirements, tickets are sold in Sections of 4 Seats for $60 plus ticketing fee.
1 $60 Section Ticket = 4 Seats.
You must purchase a Section ticket regardless if your party size is less than four. Single Tickets not available.