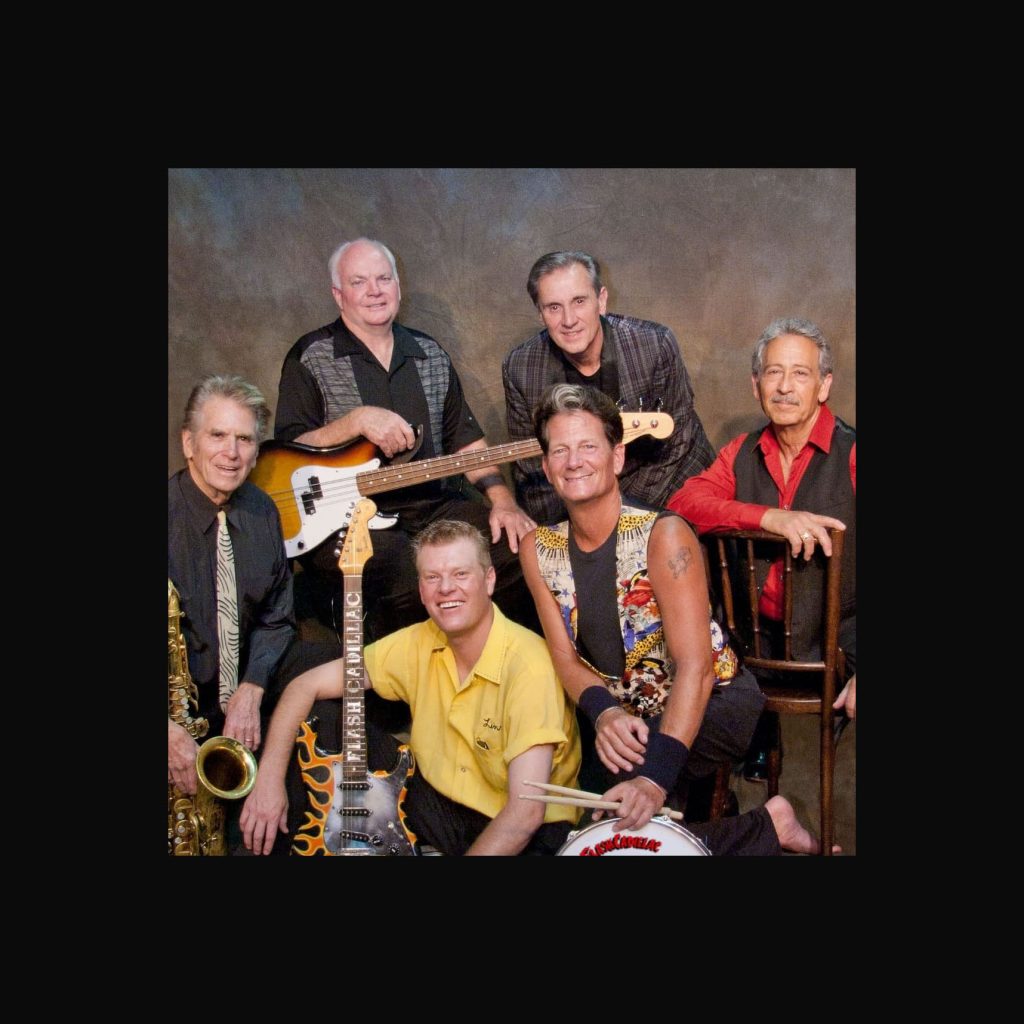 Flash Cadillac & the Continental Kids, now known as Flash Cadillac, is an American retro rock ‘n’ roll band known for their appearance as the band “Herby and the Heartbeats” in the 1973 film American Graffiti and a 1975 episode of Happy Days as the band “Johnny Fish & the Fins”. During scenes at a high school dance, the band played cover versions of “At the Hop” and “Louie, Louie” as well as their original composition, “She’s So Fine” Their version of “At the Hop” was released as a single in 1973. Flash Cadillac had chart hits in the 1970s with “Dancin’ (on a Saturday Night)”, written by Lynsey De Paul and Barry Blue, “Good Times, Rock and Roll” and “Did You Boogie (With Your Baby)”. “Dancin’ (On A Saturday Night)” was listed in the Swedish top 10 in 1974. In 1977, the band released a cover version of Wizzard’s “See My Baby Jive” written by Roy Wood.