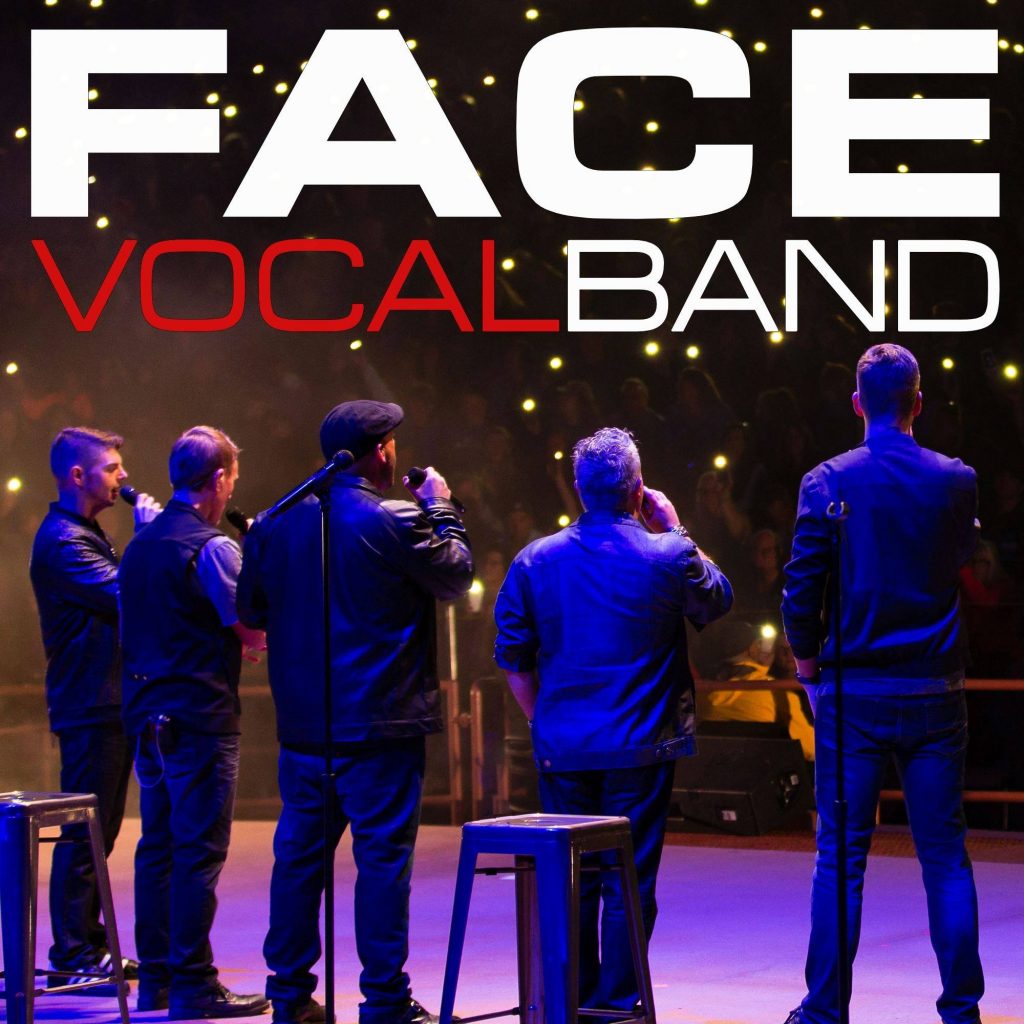 FACE is an internationally acclaimed all-vocal rock band from Boulder, Colorado. They have been captivating audiences for over a decade with their infectious energy, punctuated by an endearing love of performance.

Performing over 100 shows per year around the world, the band has also competed on the hit NBC series “The Sing-Off”, headlined at Edinburgh, Scotland’s prestigious festival fringe, and has been scheduled in front of legendary performers such as JON BON JOVI, Jay Leno, Manhattan Transfer, Culture Club & BOY GEORGE, and Barenaked Ladies.

“[FACE] communicates with a directness and warmth – perhaps America at its best.” (Norbbottens Kuriren)

“Soulful singing stands out above the crowd.” (Fringereview.co.UK)

Single Tickets are General Admission, first-come first served (open seating). If you are a ticket holder from a previously cancelled Face concert at Stargazers, please contact us at info@stargazerstheatre.com or (719) 476-2200.