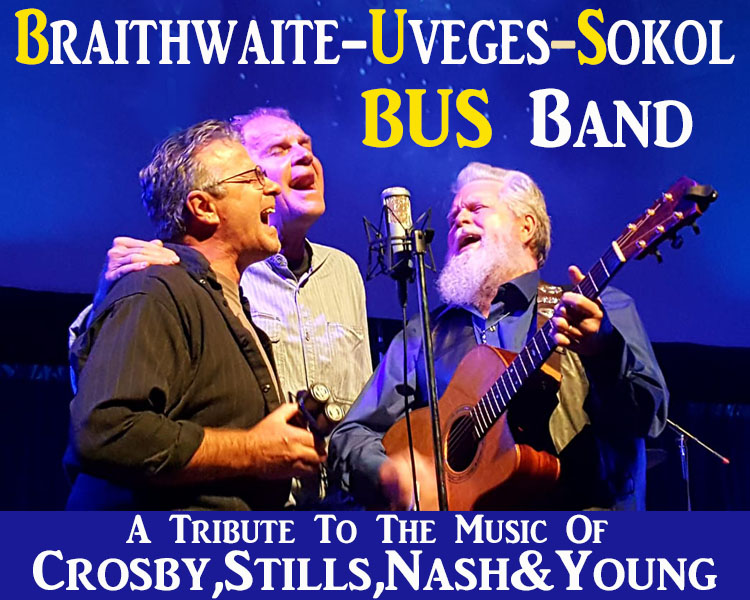 The BUS – Kj Braithwaite, Joe Uveges, and Jim Sokol — have been performing on and off for years making laughter and harmony while they wow audiences with their harmonies on Crosby, Stills, Nash & Young favorites.

KJ Braithwaite is a rock and rockabilly guitarist who feels guitar in the same way as Eric Clapton: less is more, and space makes the music speak. With numerous years of playing and three albums, he is also a fine songwriter.

Joe Uveges has become a fixture on the Colorado Springs music scene with five Gazette “Best of” honors, and publishing credits in film and with Goodnight Kiss Music. He has eight original albums released, the latest, “When the Smoke Clears,” recorded in Nashville with Stephanie Pauline.

Jim Sokol has been part of four albums with Joe Uveges including the critically acclaimed “Up Please.” His voice could be Irish tenor, it could be Sting, it could be David Grey. He brings percussion for this acoustic sound, as well as the occasional harmonica solo.